The Lago Vista road race was held on the same hilly course both Saturday, March 4th (clockwise) and Sunday, March 5th (counter-clockwise), making the race as painful as usual. While not everyone raced both days, we had a number of teammates in the top half of their respective fields each day. Finishers in the top 10 included: 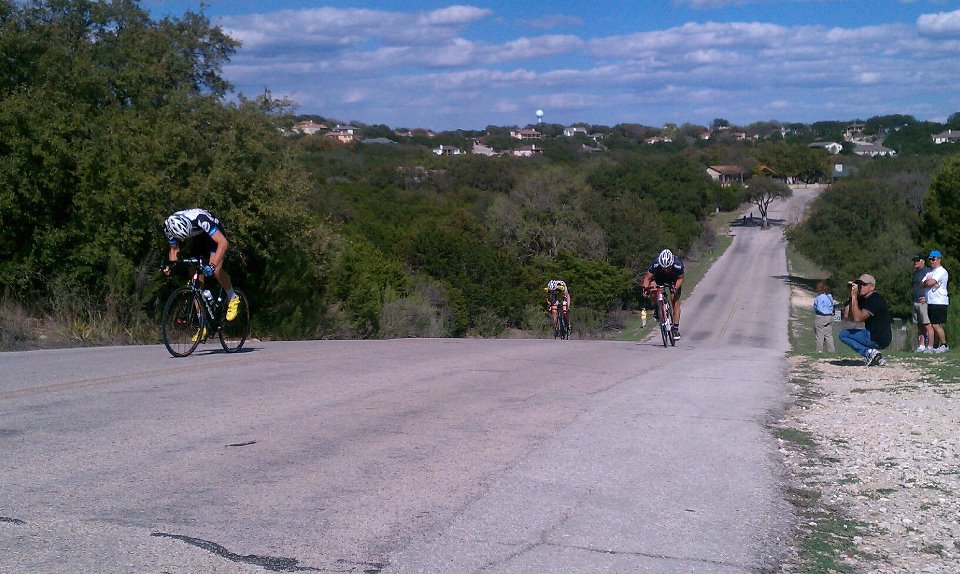